Read someone talking about Bromantane use as a nootropic on Reddit, and you’ll get the impression most of the time that it has incredible stimulant effects.

However, as with everything in the world of smart drugs, there’s a lot of marketing going on. Some of that marketing is personal. People really believe it, whereas other people get nothing from the substance.

So what I’m going to do here is try and cover everything you need to know in realistic terms.

Everything from is Bromantane an SSRI or another style of antidepressant, through to the realistic effects and benefits you will experience.

So What Is Bromantane?

Bromantane is also known by the name Ladasten. It was first developed in Russia during the 1980s.

It’s an anxiolytic (antianxiety) chemical from the family of drugs called adamantanes. Structurally it’s closely related to its predecessor Amantadine.

Its development was an attempt to deal with a condition called neurasthenia. This is a condition it’s actually not very well defined, but seems to be around modern lifestyles and pressures leading to a growing exhaustion in the CNS (central nervous system).

The result of chronic neurasthenia is significant levels of mental and physical exhaustion. It seems to result from a developing weakness in nerves and pathways, manifesting itself in an overwhelming mix of anxiety, depression, confusion, exhaustion, palpitations, high blood pressure, headaches, and social withdrawal.

So basically what we are looking at with Bromantane is a chemical designed to kickstart the central nervous system, lift the mood and focus and deal with this range of symptoms.

Bromantane Is A Stimulant But How Does It Work?

What you are getting is a potent central nervous system stimulant chemical. But it’s also an antianxiety drug, so it lifts mood.

Put that combo together, and you can see that you are not just getting the bus and focus of the stimulant, but something that makes you feel happy and positive as well. That’s quite a rare mix in the nootropic world for a single chemical.

Bromantane appears to work by stimulating higher levels of activity in the hippocampus. This is the area of the brain that is key to learning, memory and focus.

It also receives modulatory input from several major hormonal neurotransmitter systems, and in fact the systems consist of all the main ones you will have heard of that deal with mood and energy:

The fact that this chemical deals with an area of the brain (actually two areas as humans have a hippocampus on each side) that interacts with so many crucial nootropic neurotransmitters should make you sit up and take notice.

Why Bromantane Isn’t A Typical Stimulant

Now we know that it’s a stimulant. It interacts with glutamate and dopamine to that’s not really a surprise.

But put it all together, and it’s quite the package of effects:

Because of its unique abilities, wide reach, and difference to most psycho stimulants, it’s often classed as an adaptogen (substances that increase resistance to stress and diminish harmful mood).

So you’ve got this unusual balance where it sharpens your focus on mood, lowers depression and increases your energy levels in a similar way to stimulant such as amphetamines, but that’s smooth and balanced by its ability to induce calmness and reduce depression.

Overall, you will feel more balanced out, happier, sharper, and energized using this.

How To Use Bromantane: Dosing, Cycling & Stacking

Typical starting dose is around 20 mg. However, a typical dose to get the maximum effects is around 100 – 150 mg.

You’ll read about doses as high as a thousand milligrams per day, but I wouldn’t suggest going over 200 mg.

My reasoning is that many of these substances can build tolerance, especially if you take high doses frequently.

So I would stick to around 100 – 150 mg per day, and don’t take it for more than two days at a time without having several days break. Overall, this is quite potent, and you want to save it for when you need to be your calmest, happiest, and most productive.

You can consume it as a sublingual liquid, a raw powder, or more expensive capsules.

Obviously, it’s going to be cheaper to buy the raw powder. You’ll have to prepare in some way (although it’s not impossible to put it into capsules yourself, it just takes some time and a digital micro scale).

The half life of Bromantane is calculated around 11 hours. So you’re going to be affected by this for quite some time. Be prepared for that if you take a strong dose. If you want to sleep, you need to be taking this first thing in the morning.

In terms of cycling Bromantane, I’d advocate no more than two consecutive days before having at least two days free. Also after a couple of weeks, have at least the same length of time completely free from it.

How to stack Bromantane

You can stack Bromantane as well, with these combos delivering significant cumulative benefits:

Bromantane can also be stacked with caffeine. Around 200 mg will produce an even sharper effect around the edges. However, this can make you jittery, and you might need to take it as a combo with L-Theanine (200 mg).

Let’s Talk Honestly About The Side Effects Of Using Bromantane

I’ve sung its praises here, but I want to talk to know about the downside of using Bromantane.

The most major side effect, which hasn’t been proven, but is theoretically possible, is the potential to raise the chances of developing Alzheimer’s disease.

That’s because it raises the production of a protein called APP, and over many years, build up of this through it being broken down in the body has been signaled as a potential trigger for Alzheimer’s.

Note that I say a potential trigger. The chances are incredibly small, and you’d have to be using this for many years, or be incredibly unlucky. You need to know that could slightly elevate your chances of developing Alzheimer’s even if it’s just by 0.01%.

The much more important thing you need to understand is that it influences serotonin. So you must not be using this if you have a serotonin imbalance, diagnosed depression, or you are using SSRI medication.

Let’s be clear, this is not an SSRI medication in itself. It doesn’t have a proven serotonin reuptake ability. So you shouldn’t be considering using this to counter symptoms of depression.

Also, because it does mess with levels and availability of several key neurotransmitters, extended high dose to use could lead to an increasing imbalance in these, or less natural production.

So steer carefully with this fantastic nootropic, use it sparingly only when you really need its significant positive benefits.

Just to make things crystal-clear for you, let’s talk you through the typical effects you’ll get a dose of around 150 mg of Bromantane, kicking in after around 60 minutes:

Overall, using this, I felt physically more energized and determined. I also felt stronger and more ready to work out hard physically.

Emotionally, I felt calm and balanced. Nothing fazed me, and I just felt incredibly balanced with an edge of deep satisfaction and feeling of well-being.

Using this I got things done. Not only that but I felt good doing it, felt rewarded, and the energy levels both physically and mentally were significantly higher than natural.

Let’s now quickly cover some of the more common Bromantane FAQs, the questions that people ask about this nootropic.

Bromantane is definitely a motivational mood lifter. But it doesn’t lift your mood permanently. It doesn’t rewire your brain. It increases availability of Tyrosine Hydroxylase, which the body uses to create dopamine. But, although you can take it for a few weeks, you should cycle it, which means your motivation will dip, before lifting again.

#3 Can Bromantane Get You High?

High doses of Bromantane can give you a rush. It produces higher levels of dopamine and serotonin. Put it all together, and the neurotransmitters increases, the effects it has, are definitely that the stimulant. At high enough doses, you do get a feeling of being high in the whole world rushing around you.

#4 Is There A Bad Come Down From Bromantane? 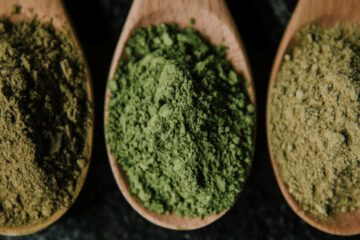 Kratom can be very complex to experiment with, and just as difficult to explain to newcomers. It’s simply not linear in the experiences it gives, for a variety of reasons I’m going to explain to Read more… 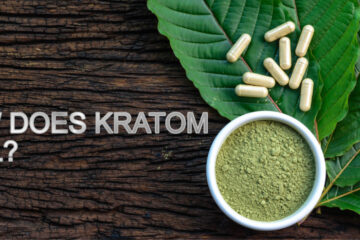 How Does Kratom Actually Feel & Is It Safe To Experiment With?

There’s a lot of rubbish written out there on “reputable” kratom websites which claim to tell you about all the nuances between the different kratom colors and strains, and how they feel. They will gloss Read more…