How Dangerous Are Nootropics Really (And How Can You Assess Your Personal Risk)?

When you are searching smart drugs, everyone’s trying to tell you which nootropics you should take. It can be incredibly confusing with such a myriad of substances to consider.

The truth is that lots of people are taking smart drugs and benefiting from them significantly.

But new people do wonder how safe they are. If you start cramming drugs down your throat then won’t you die?

Well, thankfully, dying from the use of nootropics is incredibly rare.

I will say that with a caveat. Smart drugs are safe if you are safe and make safe choices.

So what I’m going to do here is talk you through how dangerous nootropics really are. I’ll talk to you about assessing your own personal risk, what you want to achieve from smart drugs, and how to decide where to start.

Here’s The Thing. Your Personal Risk Profile Will Be… Personal

Unfortunately, there’s no way I can tell you to try X stay away from Y. Your personal risk profile will be personal to you.

Here are the things you need to consider from a personal point of view:

Every single one of those questions will feed into your personal risk profile. Once you can honestly answer them, you will understand what sort of risk level you are at.

If you don’t take drugs, you’re not intending to try smart drugs using alcohol, you understand the difference between stimulants and central nervous system depressants, you aim to buy a high-quality new tropics and use them sparingly, then your risk profile is generally going to be low.

If you’re drinking every day, already using various types of drug, have underlying mental and physical health problems, intend to use them to get smashed or have extreme effects, and you have no ability to keep the lid on things, then your risk profile is going to be high.

But the truth is, that even with a high risk profile, the actual smart drugs themselves are unlikely to kill you or cause you long-term damage.

It’s when they are used in conjunction with other things that it can be a problem.

Now that is unusual, and even in a country the size of the USA it only happens in the low hundreds per year, but if you start to see, from what I’m writing here, that your risk profile is higher, then you should be very careful of leaping into nootropics.

If you want to stay safe, then it’s vital that you know exactly why you want to take a smart drug in the first place.

Once you understand your motivation and goal, then you can make a better decision on choosing not only the type, but also the dosage range you’ll need.

That will also give you a better idea about when you will be taking it, and any pitfalls around those timings.

As an example, let’s say you want to use a smart drug for work. Not all the time, but when key project days are happening. Let’s say that you feel that you are being outperformed mentally by other team members and you want to get sharper.

Just with those facts you have now pinned down a goal, timing, and also the fact that you’ll need to be on it; but you can’t appear to be under the influence of anything.

That will then narrow down the type of drug you’re going to take as well. You’re not looking for a high volume stimulant, or something to really calm you down, looking for something that can give you that extra 10% to build faster cognitive responses, greater confidence, and higher levels of creativity.

For me, initially, that would point to simply trying a mix of caffeine and L-Theanine. I know, not exactly exciting, but don’t knock it until you’ve tried it. Caffeine is the most widely used smart drug in the world, but it can be jittery and uncontrollable if used on its own.

200 mg of caffeine and 200 mg of L-Theanine can really give you an edge for around 90 minutes. Take an additional 200 mg of caffeine an hour after the first pill, and I’m telling you you’ll get a smooth, high quality physical and mental boost that will make you more focused, productive, and calmer.

Moving that up a notch, a low dose of something like Noopept or pramiracetam will produce the effects you need in that situation.

Just make sure when you’re trying full nootropic substances that you take them once before you need them as an experiment. That will help you to understand the effects you’ll get, the duration of those effects, and the level of dosage you’ll require.

Are Some Nootropics Inherently Safer Than Others?

In order to decide how “safe” you want to be, you have to look at your own risk profile.

Some people feel safe when taking substances in quantities that would make other people terrified.

Of course, some smart drugs are inherently safer than others in terms of their potency, and potential to cause serious long-term harm.

However, what one person defines a safe may not be safe for somebody else. For example, kratom is a substance that seen as very safe, but for other people it’s seen as very unsafe, especially at high doses because it’s such a strong central nervous system depressant.

Phenibut is another nootropic that a lot of people see as “safe”, in that it’s going to give good effects and isn’t going to kill you. It’s also been used on prescription in several countries for many years and there are people dying everywhere.

However, Phenibut has some horrendous withdrawal effects. That can lead to mood swings, depression, physical and emotional symptoms, and a real tough time. Does that sound safe to you?

So as you can see, safety is not just about your chance of dying or having long-term damage, it’s about the overall experience and your chances of having a predominantly good one.

Nootropics side effects can range between none at all and significant. This can even happen with the same smart drug, depending on the dose and the person you are.

Unfortunately therefore, it’s impossible to really quantify which nootropics are inherently safer to tell you the exact risk profile of each one.

Here’s How I Decided Which Nootropics Was Safest To Try

What you decide to try will depend on your definition of nootropics substance, and the effects you want to achieve.

As I said earlier, if you just looking for an hour or so of physical and mental sharpness, focus, and calmness, then go for caffeine + theanine.

If you’re looking to experiment with true nootropics, as in chemically constructed substances designed to change mental or physical chemical balances, then there are a range of new tropics you can look at.

What I did was look at the effects I wanted to achieve, and then make a list of the smart drugs I could try to achieve them with.

I would then rule out anything which sounded dodgy. I dodgy, I mean that had side effects that sounded bad, problems getting off them, expense, not being able to obtain them from reputable sources.

That ruled out Phenibut for me, and a few other things as well.

I settled on a couple of racetams to try (Sunifiram and Fasoracetam). I also looked at Modafinil, Noopept, and Semax.

The next step for me was to buy them and try them.

I would advise you to do as I did and be very careful. When you buy a new tropics, find a good time to take it.

Then take a moderate dose. Do your research and take the lowest possible dose people talk about feeling effects from. See how you feel, especially trying to continue with your normal routine. Do not use them when you are working though.

If you don’t notice any effect, or you like the effect but it’s not strong enough, up the dose a little the next time.

Do this reach smart drug you want to try, until you settle on one that gives you the effect you want, for the duration you need, without bad side effects, withdrawal symptoms, and that you can use moderately.

It’s impossible to answer whether nootropics are safe for long-term use. There just isn’t the clinical data; the studies just aren’t out there.

However, quite a lot of nootropics have been around for a long time, and have been prescribed for a lot of conditions over many years. There has been scrutiny on many of the more well-known ones, and they haven’t kicked up major long-term problems generally.

I’d also say that a lot of nootropics were actually created to help with neurological problems, and have been observed to potentially have neuroprotective properties. In the long term, they may actually be beneficial rather than detrimental.

However, if you’re looking for long term safety guarantee when using nootropics, then unfortunately are going to be disappointed because there just isn’t one anybody can give you.

To take the next step in your learning journey, take a look at our ultimate nootropics quickstart guide. 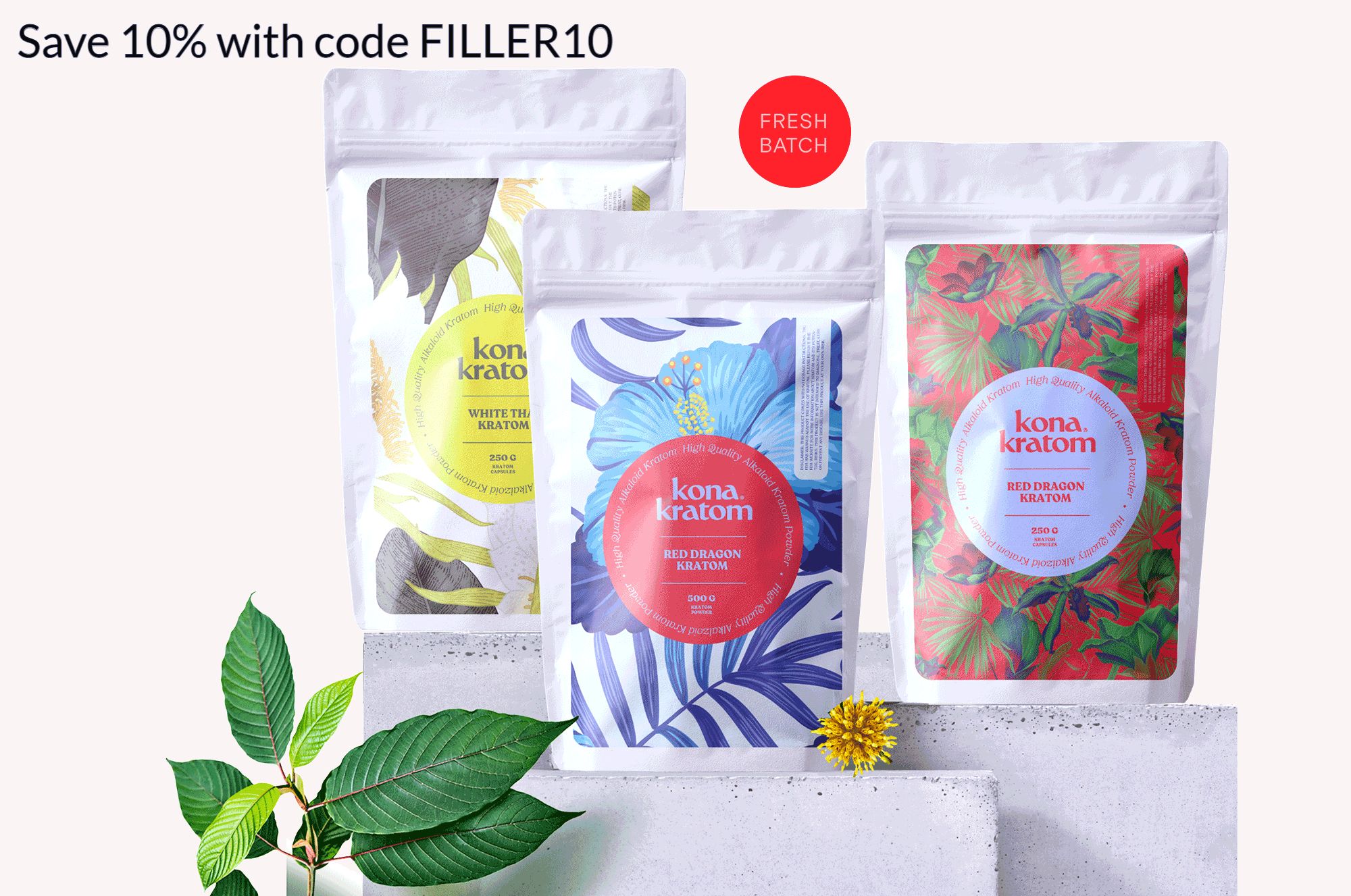 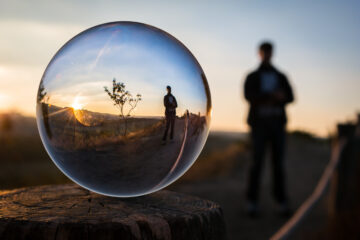 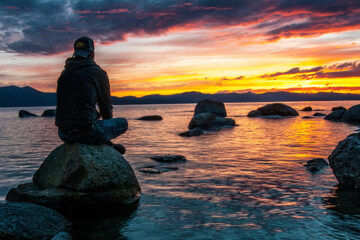 If you’re new to nootropics, then you could find, as many do, that it’s quite tough to know which smart drugs to take. Which ones are most effective, safest, and accessible? This is our basic Read more… 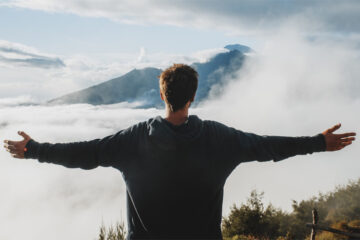 This website uses cookies to improve your experience while you navigate through the website. Out of these cookies, the cookies that are categorized as necessary are stored on your browser as they are essential for the working of basic functionalities of the website. We also use third-party cookies that help us analyze and understand how you use this website. These cookies will be stored in your browser only with your consent. You also have the option to opt-out of these cookies. But opting out of some of these cookies may have an effect on your browsing experience.
Necessary Always Enabled
Necessary cookies are absolutely essential for the website to function properly. This category only includes cookies that ensures basic functionalities and security features of the website. These cookies do not store any personal information.
Non-necessary
Any cookies that may not be particularly necessary for the website to function and is used specifically to collect user personal data via analytics, ads, other embedded contents are termed as non-necessary cookies. It is mandatory to procure user consent prior to running these cookies on your website.
SAVE & ACCEPT
Posting....